It is our first night in Coast Rica, we are both stood at a service till in a leafy suburban district of San Jose on a Sunday night looking at the receipt having taken the money, trying to work out the exchange rate, and the till swallows the card back in – it’s a preloaded card with the lowest conversation rate. We decide to go back the next day when the bank is open.

We have booked a shuttle bus to San Miguel on the coast with the Gray Line Bus Company the next day. The Wife has gone off to the bank to get the card back, the bus has turned up thirty minutes early. So, I pack the bags inside and tell the driver my wife is just around the corner at the bank, we drive to the bank. The Wife has been gone nearly an hour and getting the card back is proving harder than anticipated as the bank are ultra-cautious about its provenance. The driver has only been waiting a few minutes and is in moaning-overdrive. I reassure him, having popped into the bank she won’t be long. Another five minutes and she’s still not returned, he’s now threatening to drop me and the bags back at the hotel. The situation is not helped by the non-return of The Wife, then he loses patience and drives me back to the hotel, dumps me and our bags outside and The Wife confused as she leaves the bank (without the card – they have no access to the machine!) and I’m, and the shuttle bus are not there. Just phone her I hear you say, herein lies another problem. I have either lost my phone or had it stolen in Havana, the later me thinks, and I may be being unkind here after the positive things I have said about Cubans, minus Havanan taxi drivers. But when I have got to the airport, checked nothing has been left in the taxi, then realised at the check-in my phone is not in my shorts pocket. I suspect the cleaner has kicked it under the settee of the Airbnb. We had a generous tip to give her and at the last minute our friends wanted to meet for lunch, so we used most of the money to pay for the food, so the tip was not as large as she was expecting judging by her expression, the iphone was charging on the floor next to the settee, and I thought The Wife had picked it up with the charger. When I very tactfully contact the owner of the accommodation, a close friend of the cleaner, and suggest it may have been kicked by accident by one of us under the settee in the rush to leave, she replies: ‘Cubans are honourable people and what you are suggesting is unhonourable!’ Alarm bells start to ring, bells that could have been avoided by giving the cleaner a more generous tip! But ‘thin-slicing’ the initial psychological gut feeling that your first thought, is normally the right one, I think the cleaner did it!

I cannot be 100% sure it was the cleaner, and I want to believe it isn’t, but I take the moral high ground and refuse to put a comment on their Airbnb homepage, rather than something negative and inflammatory – no one can get into the phone anyway, it’s just an ornament or more likely, spares only.

So, The Wife has walked back to the hotel for me to tell her that the shuttle bus has gone without us. The hotel travel agent rings the company and explains, we offer to pay half the fare tomorrow if they will meet us half way financially, they categorically refuse. It’s cost us US$150, then add the same fare again the next day if we are to go by bus. The Wife is fuming. I decide to ask a tour guide that is dropping people off if he is interested in taking us, he will do it for US$120. So, we end up in San Miguel that night, 2km out of the centre. They have come in threes; 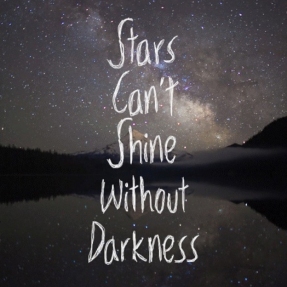 2. Being ripped off at Mexico City airport, which has cost in the region of another £450 extra.

3. Ripped-off by the Gray Line Bus Company, and now no pre-loaded card, and the American card company cannot get a new one to us, as we have no fixed abode in the Americas. We have other cards.

The bus shuttle hassle would have been negated if we had just hired a car from the start. They are cheap in Costa Rica, and it’s the best way to get around and see more.

We are sat in the room at the budget hotel, which is another US$200 for three nights. We don’t normally stay higher end, but have a rule when we fly into an unknown foreign country we stay in ‘nice’ accommodation until we have our bearings. The Wife starts to cry, this is very unlike her: “Let’s just go home. This would never have happened to us when we travelled when we were younger, or when we went around the world with the kids.” She goes through the last three recent mishaps and I start to reassure her. The phone is just a phone, it can be replaced, the airport was just one of those things, and the major one, the one she feels responsible for, as she has primarily in charge of finances – the massive overspend. I tell her we have savings, but we will not be able to take over two months off work and travel for many years to come. She is only partly relieved.

I have gone into detail about these three events, and they all happened within a four-day time-frame, as you will always encounter trials and tribulations if you are away for months travelling independently – let’s face it, shit can happen at home and sometimes without leaving our own dwellings. It’s about resilience, the old cliché, ‘What doesn’t kill you makes you stronger.’ And if I’m being honest, having a few quid in your back pocket to travel though the occasional shit-storm helps. They came in a three like another staid cliché, but that was the worst of the time while we were away.

We are sat in the bar, a couple of drinks inside us, and The Wife agrees, we shouldn’t worry about the money, it’s annoying, but like I always tell her. ‘When we get to the end of our lives, we will have more money that we can spend, and we will be glad we lived a bit, while we had the health and the enthusiasm to do it’ – I’ll get back to you on my death-bed on that one.

I asked a famous economist once, I was in my mid-twenties and going out with his great niece at the time, what advice he would give someone my then age about money, he didn’t need to think, he replied without skipping a beat: “Enjoy yourself while you can, don’t worry about pensions and investments. I’ve got more money than I know what to do with, and that’s about it, you’re a long time old, have some fun.” – Somethings stay with you and travel through life with you, a touchstone.

A few moons ago I did a course on Conflict Resolution and one of the tenets that stuck with me was ‘positive peace’ –  out of something negative, something positive occurs. The relaxing of money worries, made for a better holiday… and a better outlook on life.

Next Time: Celebrating the Rain.

Ian M Pindar writes books, and also about himself in the third person sometimes, so it looks as though he has a large team of dedicated professionals working around him. His latest book is in fact a novella and has the strange title of: ‘Foot-sex of the Mind’. It is not a Mills and Boon, but about finding out what is important in life far too late. 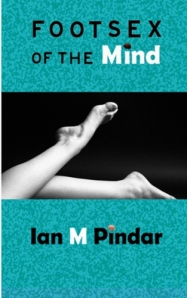