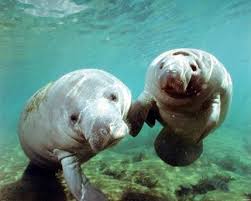 It’s worth paying for a guide on the short walk through the San Miguel Antonio National Park, in our case the enthusiastic Nathan ­- enthusiasm has to be number one on the job spec for tour guides, it’s very rare to find a guide that is not enthusiastic, the hybrid teachers/custodians of the natural world. He points out many animals we would have missed, especially with the use of his telescope (not a euphemism!); bats, lizards, three species of monkey.

Some people have told us they didn’t see much, but we saw more animals on this short walk than any other place in Costa Rica, or Central America, and all in less than an hour and a half. The end of the tour leads to a lovely sandy bay. Some parts around the river, the short cut back over a bridge were restricted due to the chance of being eaten by crocodiles. That would have eclipsed the previous days mishaps, they have partly evaporated now, (see last week’s blog).

Back at the hotel that night a young Canadian is playing great music, he’s 21, moved here to escape the extreme cold of Quebec. He sings in French, Spanish and English. He casually tells us about the ubiquity of drugs. How he had friends in the drugs trade, one night they were all heading to a disco in nearby Quepos, just down the coast, and got pulled over by the police for speeding. When they got into Quepos, the driver casually quips, ‘Good job they didn’t search the trunk, there’s 3kg of coke in there.’ He says that was the wake-up call to cut them lose, we listen to the redemptive story, then he casually adds, ‘But I still carry a gun!’ It makes him feel safer he informs us! It makes us feel more European, as we don’t allow people easy access to guns so they can shot their school ‘friends’ and ex-teachers, spouses, neigbours, intruders, shoppers, concert attendees, add some of your own to the list.

It is here we meet a Colorado couple, I’m going to call them Tim and Chloe, not their real names. Tim is a licenced marijuana growing in Boulder, difficult to think of there without thinking of ‘Mork and Mindy’. He works for a big company making US$50K per year and another US$100K growing it in his basement to sell – his ‘home-grown’ is putting his wife through medical school, ‘The American Dream’ in action! For my American hombres, in Britain marijuana is a class B drug, the scale only goes down to C! ‘One person’s cigarette is another’s prison sentence!’ He is a fascinating character, even though he holds me personally responsible for Brexit, and is adamant that there is no way Trump can win!! – add some more exclamations marks if you so wish. He, like many liberal-lefties have not yet worked out Donald is a genius, like, the biggest genius in the world! He has a degree in botany (not Trump, he has a degree in lobotomy, I think, that’s why he might be a genius?), and we discuss all things horticultural and economic. We will bump into Tim and Chloe a few times on our travels. The bar manager is also from Colorado, the Costa Rican barista is the singer’s girlfriend, so a few drinks in the bar ends up including; beer, local cocktails, plus tequila sunrises, and red wine – not the best options to operate heavy machinery the next day, luckily, we only have to operate ourselves.

We are getting a shuttle bus to the southern end of Corcovado National Park, via Puerto Jimenez. When the bus pulls into Palme North, about half the way there, the driver jumps out and starts chatting to the driver of the public bus and tells us and three other people that this bigger coach will take us onwards. I ask the driver if he has sorted out the fare with the driver and he says, ‘yes, he has’, it transpires, he hasn’t and we have to pay the local fair of $8, this is on top of the $40 we have paid the driver. The reason he is keen to deposit us, he has to drive to Drake, where most of the younger travels are heading, saving him about 6 hours extra driving – the exact same thing has happened to several others we have met. This is another example of unscrupulous drivers. My advice yet again is to just hire a small cheap car.

Puerto Jimenez is sleepy bewitching sort of place, we sit overlooking the bay drinking cold beers and watching out for dolphins. We are here to get a collectivo three hours down the coastal track to an ecolodge deep in the rain forest. We have a close friend that worked in Costa Rica, and he says his only regret was not staying deep in the Corcovado jungle, so we have gone upmarket. The collectivo truck looks like a supply truck from the second world war, it delivers everything down the track, people, letters and goods.

I peer out from above the cab, this is brilliant, invigorating, but very basic, ‘hang onto your fillings’ travel. We are traveling into a tropical rain forest in the ‘Amazon’ of Central America, Scarlet and green Macaws flutter hither and tither, birds of prey dot the sky, I spot two eating snakes beside the roadside, the sun on your face – life can get better than this, but not much, believe me, the wind in your hair, we are alive, we are young once more.

Next Time: Oh look, there’s a puma and its offspring.

Ian M Pindar writes books, and also about himself in the third person sometimes, so it looks as though he has a large team of dedicated professionals working around him. His latest book is in fact a novella and has the strange title of: ‘Foot-sex of the Mind’. It is not a Mills and Boon, but about finding out what is important in life far too late. 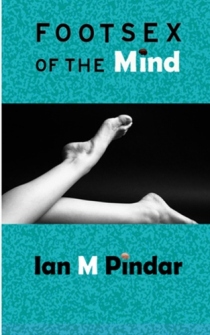