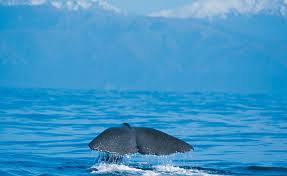 It is good to have a few days back with Don and Lauren in the Waitakere Hills before my mum and dad arrive. When they do we basically go on an abridged whistle-stop rerun of the trip we have just completed. The day before they arrive we are sat up late, the warm glow of alcohol within and we move on from the time we all learnt to dive in Sharm el Sheikh. Lauren tells us of her crazy journey through East Africa back in the 90’s, a few of them buying a lorry to hopefully sell on at the end, fighting locals off trying to loot them, lost in Africa. An ex-boyfriend and her were the first tourists to visit Ethiopia after the civil war and they kept going back to the Consulate to try and get a visa to get in. The officials thought they were certifiably mad! But when they would not desist the consulate waivered with the reassuring words. “We are strongly recommending you don’t go, very strongly”, the austere man in an incongruous suit stopped short of saying ‘unless you have a large band of psychopathic mercenaries to protect you.’ If you are not the enemy in this world you are invariably ‘a friend’ and they had a wonderful time visiting historical monuments and staying with locals. It is a story I often turn to when I think my travels have been arduous in the past. There is only the scary night I spent on Komodo with prehistoric dragons that comes anywhere near, but that was only one night, and the rats were marginally scarier than the dinosaurs.

My mother is flustered as I wait for over an hour at Auckland airport at one in the morning. Walking boots have to be cleaned in an autoclave if you want to get into NZ – my father has cleaned their boots so thoroughly they look brand new. Unfortunately my mother is carrying a small explosive device, well, a yoghurt from the plane, and is told off like she is back at school, she is flustered, I laugh at her, and she tells me it is not funny, but we all know it will be. Now is not the time to tell them I want them to take my acoustic guitar in a hard case back with them.

We stay in a hotel in Auckland opposite The Whitehouse brothel; it is an exact replica of its bigger brother – wonder if they have a Clinton/Lewinsky suite? My dad offers The Boy one of his T-shirts, which would have been moderately fashionable in the mid-eighties and the look on The Boy’s face is priceless, we take a clandestine photo later, it becomes a running joke between the two of us. The one on offer is a long way from ‘The live Fast Die Young’ garment that nearly spilled over to family violence in Goa, watched over by teenage hormones.

The other family in-joke is my father’s ability to sleep in the most unexpected locations. The one that makes the kids chuckle was a few days into their jaunt, he dozed off while throwing some dice (no one says ‘die’) out his hand, to be fair he may have been jet-lagged, but this does not stop the kids laughing uncontrollably and waking him up with their laughter. Another time after going to visit the Sperm Whales off the cost of Kaikoura he fell asleep while the boat was jumping like a bucking bronco. He is having the time of his life, this after being coerced into coming away. He is a friendly verbose Yorkshireman – in the Youth Hostel we stay in in Wellington, he knows everyone’s life stories within ten minutes of meeting them. We leave him alone for a few minutes and we hear a blow-by-blow account of every traveller’s life – he’s like a travelling counsellor. At this stage the Boy is baffled: “Does granddad know them?” Even though he is usually forty years older than the people he is talking to, I will reply dryly “Yeah, they bowl together.” 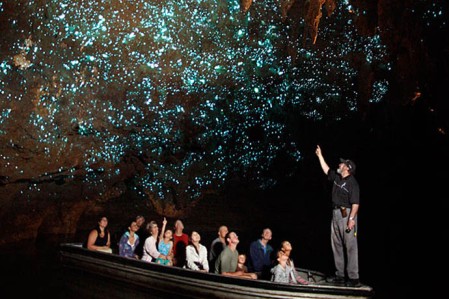 Some of the new highlights are; the aforementioned Sperm Whales, the magical twinkling glow-worms at Waitomo Caves. The Girl especially loved it and it reminded her of her pet ever-multiplying Glowy back in Kerala. Kayaking past Split Rock in Abel Tasman National Park in fantastic weather, often I see the severed rock on the label of a Marlborough wine and it transports me back. Which in turn transports me a few miles up the coast to the time my dad, The Wife and myself went on an organised wine tasting tour, which was more like a sophisticated pub-crawl. The minibus was full of Brits and my dad to the untrained ear was a connoisseur!, expounding the qualities of his oenological skills. Spitting out would have been plain rude! By the end of the guided tour a little merry to say the least, one of the party says to my dad holding up a glass of Oyster Bay Sauvignon Blanc – my dad having just spoken to the bus driver/guide/retired police officer and armed with new information unknown to us, expounds further, “The Oyster Bay Wine Company don’t have to try particularly hard as every bottle they make is already pre-ordered or can be sold easily.””Wow,” says the impressed drunk as he looks on at the seasoned sommelier, “You really are an expert, Brian, where did you gather all your expertise?” My dad gives him a pre-emptive stare, “We went on a wine tasting in Germany once on holiday!” Brain’s latest book ‘Bullshit your way through Wine,’is only available to alcoholics! It still makes the Wife and I laugh to this day.

The other incident that makes me chuckle is Don’s hair brained idea to clean his large fresh water tank out in his garden. They have no mains water up in The Hills and all necessary water is captured from the guttering – this can lead to rationing of showers. I tell him no good will come from trying to clear the small amount of gunk that has collected in the huge sealed subterranean receptacle, and anyway, you have a filter system that removes gunk. I’m having none of it as he brings forth trunks, snorkels, face-masks, head-torches and swimming goggles and woeful scrapping kitchen implements. The Boy is willingly roped in. I quickly lose interest as I watch them through the hatch as they stir up the white-gunk and what appears to be a blind-cave fish, but turns out to be a small anaemic twig. I wander off to help in the vegetable patch, an hour later they emerge from their aquatic oubliette, Don Looks crestfallen, “Nupe, we’ve just made it worse, it’s no good.” The boy is still enthusiastic as his head appears from below life a human-mole, “I think we can still do it, if we just–“ Don cuts in, “I’m giving up, the tank’s contents are victorious.” “You’re like a couple of retarded Terry Gilliam characters,” I add with all honesty. Don lets out a laugh in agreement.

Another nod to eco living, they have is a long drop toilet, as the name suggests the contents of the toilet drop a long way into the what looks like a cupboard in the garage below. It is not as bad as it first sounds, it doesn’t smell, and as you sit on the toilet you have an incredible view over the low hills to Bethells Beach. I ring him from England, it’s Father’s Day there and ask him what he has been up to. “Oh, today, I shovelled all the human waste of my family and occasional visitors out of the bottom of the long drop and spread it on the garden.” “Some of that waste is some of my best work, I’ll have you know, Shit-shoveller!”He goes on to tell me with the home-improvements they are going to carry out, the long-drop will have to go. “What about the planet? What will you do on Father’s Day next year night-soil engineer?” “I can’t fucking wait.” He concludes.

If my dad has had a great time, it is easily matched by my mum’s experience. This has been the holiday of a lifetime; it will never ever be equalled. We have our final meal up the Sky Tower; I insist we do, so every time they see Auckland on the tele, they are reminded of their time away. We have also insisted they stop off at Sydney on the way home; we have tried to get them to stop at other places, such as Singapore, which my father last visited in the late 50’s! – but they are not having it. They love Sydney – why wouldn’t you. I ask my mum what Bondi Beach was like? And she replies, “It’s not as good as Bridlington Beach!”

No sooner have we dropped my parents at the airport, but a friend has popped over from Sydney to see us. She is in two minds whether to move from England to Sydney or Auckland, so we try and give her a feel for the city, by the end she has decided it will be Sydney.

Our time in NZ is coming to an end, it has been fantastic, the scenery, the coffee, the hospitality, the history, the walking, the driving, the list is endless. The only low point is the death of Lauren’s dad, Alan Bell; that reminded me so much of my own granddad. We will be back at some point; lots of friends appear to be fleeing to the other side of the world for some reason.

Recently New Zealand had a competition to design a new flag and then a referendum about changing it, which had to be a good idea, because most people outside of Australasia have no idea which flag belongs to Australia and which belongs to New Zealand. And for me as an outsider, the Union Jack in the corner just says: ‘Remember we still own you, and you like it!’ So why this entrant didn’t win, and they stayed with the empire Southern Cross traditional version, is again, beyond me! After you have read the caption underneath this entry from the ‘artist’James Gray, it could not fail to make you laugh every single time you saw it a fluttering.

I have spent time with one of my best mates that lives on the other side of the planet. Technology now brings us closer; but never close enough, it is an emotional time at the airport after we have all killed time at The Butterfly Creek animal farm nearby. Two grown men trying to keep a lid on their emotions, a son realising it is ok to shed a tear when you are leaving someone you love behind, regardless of your gender, regardless who is watching… regardless.

Next time: The Sydney Ducks are after me.

I write books. You can buy any of them at very reasonable prices here: http://www.amazon.co.uk/s/ref=nb_sb_noss_1?url=search-alias%3Daps&field-keywords=ian+m+pindar