We are catching the train to the bottom of India: Kanyakumari, eight hours. The kids are a bit bored, the train stops for ten minutes, so we allow them to step off to buy something cold, as long as they don’t go far. The boy is very sensible when he feels he is charge of his ‘little sister.’’Victorian granddad’we call him when he is dishing out parental advice to his younger sibling, so we can clearly hear the tenets of ‘good parenting,’–we normally laugh uncontainedly on such occasions. I have few reservations that they have stepped form the train. But I go and keep an eye on them anyway. The station is not crazy busy, like a lot of Indian stations, but I can’t see them. I inform the wife I will go and find them. But I can’t, they are not by any of the hawkers stalls, or near the ticket office, or on the concourse. I’m still calm, but on the Beaufort Scale: calm, turning concerned. Even more so when I still can’t see them after a few more minutes’ reconnaissance. The wife is now watching me from the platform next to our carriage door. I shrug, as to say, I don’t know where they are: concern, turning slight panic. The hassle and stress it will cause if they don’t get back on the train, it’s southern India, it feels safe, the people are friendly. North India I would worry more that they might be kidnapped, blinded and made to sing Barry Manilow* and Celine Dion songs in public places for evil overlords. I rush back to the wife and demand she gives me my mobile. I know this will cause her massive anxiety, but it will be the best course of action if they don’t get back on the train. I explain the plan to the wife; she is too harassed to reply with any other plan of action. The train is about to leave, it pulls away slowly like a scene from an E M Forster novel, and down the platform of the enormous train I see the boy helping his sister on like they are running away from their home city and their evil parents. Relieved I get on the train and go back to the wife to reduce her stress levels. We have talked through what happens if any of us gets separated: Stop in the last place we all saw each other and wait for the others (bigger group) to return. In very hectic places the three older ones (parents, and Victorian grandparent) carry mobiles.

The wife and I discuss the event before the kids arrive back. I’m normally very calm in a crises–I was a St Bernard in Switzerland in a previous life and very rarely get shaken up. I have a vision, elicited by the train, of a ‘Killing Fields’ ‘Railway Children’scenario, when eventually after years we are reunited with our now, grown children once more. It is my idea to try and instil a greater sense of responsibility in them, by hiding in the overhead luggage rack, (‘in them’ I said!), their mother pretending I haven’t got back on the train, separated. When they get back they are both immediately concerned that I’m not there.

“Where’s dad?”VG chimes, and his sister’s look seconds it.

“He went looking for you two. When the train started to pull off he got off to find you.”She is lying very convincingly. Our daughter, I suspect doesn’t believe her, but the boy has bought it. He’s run over to the open carriage door window and is looking back at the disappearing station. He asks his mother again where I am, she continues the pretence. He is now almost inconsolable. So I climb down from my hiding place. He hugs me tightly, like I have survived a war; relief, and the timbre of emotion edging his voice.

‘I thought I’d lost you. You don’t know how much I love you.”

We talk through the event, which in a way is unnecessary, as he is always Sammy sensible when he is ‘designated grown-up.’But it does no harm to qualify the ‘lost’ strategy again. They had gone to buy ice-creams, and were watching a vendor cooking some form of carbohydrate very quickly in boiling oil, out of eye-shot. The boy had one eye on the cooking demonstration and one on the stationary train. I think of this occasion when he used to forget Father’s Day with annual regularity, his grandmother appalled at the misdemeanour. He remembers now, and even when he didn’t, I remembered those words and sentiments, honest words, brought about by circumstance, hormones, and…love.

Glad and relieved to be together we arrive in the tip of the stalactite of India: Kanyakumari. We have a great view of the 133ft Thiruvalluvar statue on the small rocky island just off the coast. It reminds me of that part from Jason and the Argonauts when the statue of Talos comes alive and I half expect it to slowly turn towards me at 24 frames per second. It is nice to have a statue that is not to a God or deity, Thiruvalluvar was a Tamil poet and philosopher an unspecified long time ago. We are also observing three large bodies of water meet, (Indian Ocean, Bay of Bengal and Arabian Sea). I point this out to the children with the use of a map. These are places I would drift to in Geography lessons at school and try and imagine what they were actually like. This is not only where seas meet, but cultures also. I explain we have now travelled from the mountains of the  Indian Himalayas to the very bottom, which on a map looks easily achievable, but it takes some considerable effort overland. It also feels like we are more than half the way round on a circular walk of Hindustan, the hardest part accomplished, beaches and relative relaxation now lay ahead.

We are all keen to visit the off-shore statue first thing, which is interesting, but looked far more interesting from our hotel window. After lunch it is Gandhi’s memorial, there is a very informative attendant that explains the significance of the hole in the ceiling which illuminates the spot, where some of his ashes were placed on a stone table before they were scattered into the water. This only some of his ashes, there is much debate and controversy about his ashes, but safe to say if you do come across any, they need to be scattered in the sea, preferably by a decedent of his. I like the idea of being illuminated on the yearly anniversary of my birth, both when I’m dead, and alive – that’s why they are planting a tree on top of me. The attendant tells us that a 1000 people lost their lives in the small area around there during the Tsunami, largely fisherman and people on the main beach down the road; this is in an area that we didn’t even know was that badly affected by the destructive wave, or, one two-hundred and thirtieth of the total death toll! 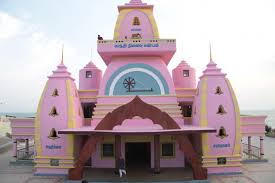 We are awoken at 5.30 to watch the sun not come up in a cloudy sky. We wonder if this was some kind of hotel joke, rather than officious servitude, but we had requested the call, but with no chance of a sunrise they might have let us lie in?

Due to our early rise we are up the east coast in Kovalam by noon, it is a pleasant non-built up tourist spot; the beaches still not fully recovered from the Tsunami.  I’m put on sea duty; this is a ploy by the wife to allow her to read in peace.

We purchase an intricate elephant tea cosy by democratic family unanimous consent. I suggest we have a tea cosy anniversary day: ‘You really are a bored sad man.’’I don’t know what’s the saddest, me, the bored sad man, or you, for marrying the bored sad man.’’Oh, it’s definitely you.’The wife resounds with confidence. ‘ ‘You seem quite sure?’ ‘Oooh, I am.’

The deckchair attendant tries to rip us off, the wife is about to give him very short sharp shrift. ‘Coracle incident, Tipu’s Palace,’he gives me a puzzled, troubled look, I continue, ‘yeah, that’s her mate.’We get a reduction.

The first night we were there we leave the choosing of a restaurant to the girl. She chooses the venue because the owner outside had a ‘kind face.’ The adults had the best tandoried Barracuda they had ever tasted. It’s not a long list to reference from or against, but it meant the choice of restaurants was abdicated to an eight year old.

We stay for two nights then head up the coast to Varkala, where we hope to get our chakras centred on a three day beginners’ yoga course.

Next time: Leave my penis unfooted, thanks.

*During the Strangeways prison riot of 1990, the authorities played Barry Manilow’s ‘Copacabana: Her Name was Lola’ over and over again, to drown out the shouts of relatives trying to communicate with the prisoners on the roof of the goal! ‘There was blood in a single gunshot, but just who shot how?’ How very, very, bizarre?

If you have enjoyed this blog post I would be grateful if you retweeted or google+ it:

I write books. You can buy any of them at very reasonable prices here: http://www.amazon.co.uk/s/ref=nb_sb_noss_1?url=search-alias%3Daps&field-keywords=ian+m+pindar 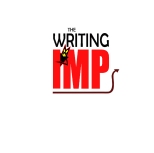