6-4: The countdown continues to the biggest blunders-to help you avoid them. 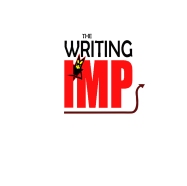 There are only three left, so I will leave the last three up for two weeks each.

You cannot buy patience, only life can teach you that. I learnt patience in a station in Bari, Italy, whilst inter-railing, when, having been kicked awake on the bottom of my trainer at 7 o’clock in the morning by a surly corpulent policeman, then having to wait three hours for a train. I can see it clearly now, something so intangible, so indefatigable, I was twenty years of age. If I could give you patience, I would Grasshoppers…

6 Hook, too slow to start. Something you see a lot with new writers. I have read several self-published books that technically are faultless as far as grammar, spelling and punctuation are concerned, but they lack that spark, that je ne said quoi. You might expect this with a new writer, especially after the labour of producing their first book, but it all goes back to the planning stage. If you are considering all the aspects a great book should contain, if your book is not great, there is good chance it will be good, certainly better than it would have been otherwise. What it needs is a good hook that grabs the reader’s attention, asking questions from the start; there are lots of ways of doing this, below are the first lines from some famous books, see if you can guess them (answers at the end):

a “It is a truth universally acknowledged, that a single man in possession of a good fortune, must be in want of a wife.”

b “In our family, there was no clear line between religion and fly fishing.”

c “Happy families are all alike; every unhappy family is unhappy in its own way.”

e “It was a queer, sultry summer, the summer they electrocuted the Rosenbergs, and I didn’t know what I was doing in New York.”

They are very different, but they all have one thing in common, they have us hooked. We could spend a long time analysing why they are so compelling, but the important thing is your book has a hook to start with. Some books have a hook that starts half the way through (In medias res) the book; this can be quite enjoyable experience for the reader, as when you get the point in the narrative that the book original hooked us in, we feel we are in a kind of synchronicity with the author.

Makes sure your book as a hook, your first line/paragraph is the most important part of your book, the experienced reader will thin-slice your entire book from it. If you are an established writer, especially if the book is a sequel, you have the option of not using this device, but you are not, you need to use every tool in your arsenal.

5 Characterisation. We have spoken about this before in different places, but it needs to stand alone as an individual category. Like I have stated before, plot and characterisation are the two most important aspects of your book. At some point in your past, when you had to sit quietly at a desk, someone who had read and studied more English literature than you may have said, “plot is character: character is plot.” Well it was at school, but not in the grown up world of books it isn’t. They are both separate, but the confusion is, they often interweave. An action thriller has plot as its driver, whereas more literary books and romance, character is more important. If you can combine both well, you potentially have a best seller that will act as good pension plan.

So, if you are starting out, do you start with character or plot? Depends on the individual’s creativity, you may find that ideas are whizzing around your brain so quickly, thinking back you cannot even remember yourself, but it is more likely to be plot, because that is the story you have the compulsion to tell. Some writers start with a premise, a hypothesis: ‘A Premier league footballer has the money, fame, girlfriends, cars, houses, then his parents are both killed in a car accident. How important is football to him now? How will he react?’

Do you start with the story line or do you form the characters first? You decide, but like I have said many times before, plan, then plan some more.

Think of your favourite character. We have come across the redemptive Ebenezer Scrooge as a brilliant example already. Roald Dahl was the master of children’s characterisation, the delineations are very clear-cut between good and evil, and all the lesser emotives in between, but even the unlovable characters are loveable! Make your main characters different, not just because of the dialogue aspect we have already come across, but because it will add conflict, contrasting POV, interest, etc.

If you are brave you can have a dislikeable character as your protagonist, John Niven does this well in Kill Your Friends, the main dark character, Steven Stelfox, jealous, ruthless, bitter, conniving, misogynistic, racist, not unlike Patrick Bateman in American Psycho. Niven’s book works well because you turn the pages wanting to know if the antihero will get caught; the clever aspect of this book is you don’t want him to, well, I didn’t want him too, that probably makes me a dangerous sick individual – Here character is all; plot is secondary, but only marginally so. (It’s in my top 15 books.)

4 Impatience – we all can be. Remember a book is never ever finished, it can be something as little as seeing a sentence that could have been improved by contracting it−the sparcity of words, or the complete opposite, improved by slipping another adjective in that would lift the sentence or the paragraph, but these little grains of sand in the oyster shell, may not really have much effect on the book as a whole!

Look at Henry James going back and putting commas in, but you have to let go at some point. In our fast moving twenty-four seven world, where some of us, distracted, would rather go without sleep, that we know will have a deleterious long-term effect on our health, we can all be impatient. It used to be an affliction of youth, but there is l slow larval spread upwards. You can only truly focus on one thing at a time that requires effort and concentration.

But even if you have patience, time is the enemy of all of us. Stop, take deep breath, is your book as good as it could be? Crawl over it with a fine toothcomb, go through the check list yet again. The greatest frustrations are often not with yourself, but with others, those that are ‘having a look at it.’ You want their opinions, proofs, etc, but they have busy lives’ and your book is not their number one priority. While you are trying to be patient, the clock is ticking louder. That is why I highlighted some aspects of the final process early in the list; design, blurb, synopsis, artwork, copyright permission, because if you think your friends can hold you up, try waiting five months from a music company, for permission for those pivotal lyrics to be granted, for them to say, “yeah, you can have them for a few hundred quid, but we only own the rights in Europe!”

You’re pretty much finished, you are at a stage where you should be proud of yourself, you have achieved something that millions upon millions of people on this planet will never do, first draft, edit, rewrite, edit ad infinitum. You have read and edited your novel 10-15 times now, you love it, but even you are starting to have had enough. If you are putting out the book that is the best you can at that stage, it may well not be down the line, many authors hate, and even have their first books deleted, but if you know in your heart of hearts it was the best you could do at the time, go for it… but maybe have one last check!

“Patience is not passive; on the contrary, it is active; it is concentrated strength.” –Edward G. Bulwer-Lytton.

I intend at some point when life doesn’t get in the way, to turn these ramblings into a short book: 50 mistakes of the fledgling Fiction writer.

Ian M Pindar’s latest books, under his real name are: ‘Hoofing It’ and ‘Hoofed,’ the first and second novels in The Robert Knight Series and are on special offer http://www.amazon.co.uk/s/ref=nb_sb_noss_1?url=search-alias%3Dstripbooks&field-keywords=Ian+M+Pindar He has another three novels out this year.

a Pride and Prejudice, Jane Austen. b A River runs through it, Norman Maclean. c Anna Karenina, Leo Tolstoy. d A Tale of Two Cities, Charles Dickens. e The Bell Jar, Sylvia Plath. f Oranges Are Not The Only Fruit, Jeanette Winterson.